Islam rejects the Christian concept of original sin and the notion that all humans are born sinners due to the actions of Adam. Allah says in Quran : “And no bearer of burdens shall bear another burden.” (Quran 35:18)

“Then they both ate of that tree, and so their private parts appeared to them, and they began to stick on themselves the leaves from Paradise for their covering.  Thus did Adam disobey his Lord, so he went astray.  Then his Lord chose him, and turned to him with forgiveness and gave him guidance.” (Quran 20:121-122)

Mankind has a long history of committing mistakes and forgetting.  Even so, how was it possible for Adam to have committed such a mistake?

Allah says : “So he (Satan) misled them with deception.” (Quran 7:22)
Allah tested Adam so that he could learn and gain experience.  In this way Allah prepared Adam for his role on earth as a caretaker and a Prophet of Allah.
Allah says to Adam :

“Get you down (upon the earth), all of you together, from Paradise, some of you are an enemy to some others.  Then, if there comes to you guidance from Me, whoever follows My Guidance shall neither go astray, nor fall into distress and misery.” (Quran 20:123)

Where Adam and Eve descended: There are many reports on the subject of where on earth Adam and Eve descended, although none of them come from the Quran or Sunnah.  We thus understand that the location of their descent is something that is of no importance, and there is no benefit in this knowledge were we to have it.

The best of days on which the sun has risen is Friday.  One this day Adam was created, and on this day he was descended to earth.” (Saheeh Al-Bukhari).

1. May this beautiful occasion of Eid gives you all the reasons to make your life even more beautiful . wishin... 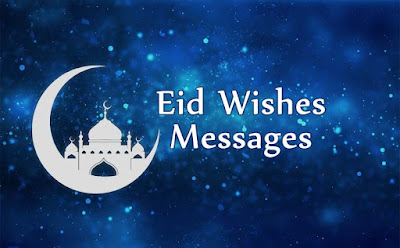